Three newcomers for Audi in the DTM 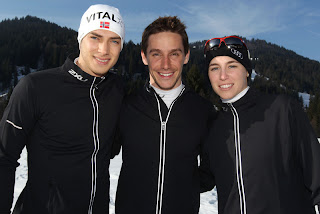 Ingolstadt, February 22, 2011 - Audi will start the 2011 DTM season with a newly formed driver squad including three newcomers with the goal of bringing back the title of the most popular international touring car series to Ingolstadt and Neckarsulm.

New to the Audi DTM team are Swiss Rahel Frey (25), Portuguese Filipe Albuquerque (25) and Italian Edoardo Mortara (24). "All three made an excellent impression during our driver sighting tests in December," explains Head of Audi Motorsport Dr. Wolfgang Ullrich. "I’m convinced that they will be a genuine reinforcement to our driver squad and that we are in a good position for the 2011 season."

Albuquerque, whose full first name is Filipe Miguel Delgadinho, comes from single-seater racing and was Formula 1 test driver for Red Bull and Toro Rosso. In 2010 he drove an Audi R8 LMS for Audi Sport Italia in the Italian GT Championship and was runner-up after scoring two victories and ten podium finishes. The Portuguese made international headlines following his sensational "Race of Champions" triumph in Düsseldorf in November 2010 where he beat Formula 1 World Champion Sebastian Vettel and World Rally Champion Sébastien Loeb.

Rahel Frey was also mainly active in single-seater racing until now. The young Swiss girl recorded her greatest success to date at the Nürburgring in 2009 when she became the first lady driver in German Formula 3 Cup history to win a race. In 2010, she contested the 24 Hours of Le Mans with a GT1 car in an "all women" team. Her motto: "Go fast and never ever give up."

Geneva born Edoardo Mortara, who has both French and Italian citizenship but races under the Italian flag, is the reigning Formula 3 Euro Series champion. The former Volkswagen factory driver became, in addition, the first driver in history to win the famous Formula 3 race in Macau twice. His promotion to the DTM ranks within the Volkswagen Group was therefore destined.

After four years at the wheel of a year old car, Le Mans winner Mike Rockenfeller (D/27) finally gets a chance to race for championship honors with an Audi A4 DTM of the latest generation. For this purpose he moves to Audi Sport Team Abt Sportsline, for which both two-time DTM Champions Mattias Ekström (S/32) and Timo Scheider (D/32), plus Oliver Jarvis (GB/27) and Miguel Molina (E/22), again compete. Molina continues with a 2008-spec A4.

"The last DTM season did not run according to plan for Audi," says Dr. Wolfgang Ullrich. "Which is why we tried over the winter to improve in every area - this also includes the driving squad. I see it as a chance for Martin Tomczyk that he races in an older car and in a team other than Abt Sportsline for the first time. British race drivers Jamie Green and Gary Paffett are examples of the fact that you can certainly win races with a last year’s car and give his career new impetus."

The sports prototype driving squad is also reinforced: The 25-year old Italian Marco Bonanomi, who contested the Italian GT Championship together with Filipe Albuquerque last year in an Audi R8 LMS, has been signed as test and reserve driver and is integrated in the development program for the new Audi R18.

Info and fotos/ Audi Sport.
Posted by AmigosRacing/MRS GT. at 11:51