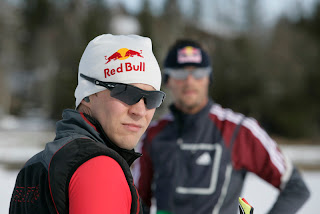 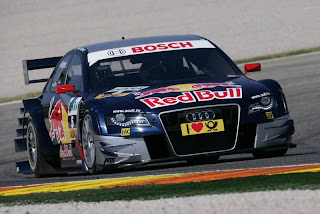 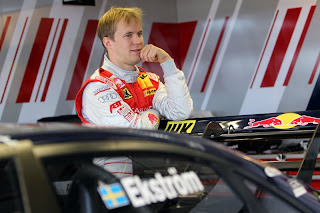 Ingolstadt, February 18, 2011 - Audi factory driver Mattias Ekström (32) has broken his left-hand wrist in a sports accident. The Swede must therefore cancel his participation at the beginning of March in the famous "Vasaloppet." His rehabilitation program should be concluded in time to start the 2011 DTM season on May 1.

Déjà vu: A year ago Le Mans record winner Tom Kristensen tore the Achilles tendon on his left foot while playing tennis with his son. Now Mattias Ekström: In the training camp the Audi driver fell so awkwardly while playing volleyball with his team mates that he broke his left-hand wrist.

As a consequence Ekström, whose partner Heidi is expecting a child in April, now faces a race against time. The Swede aims to be fully fit again in time for the start of the season on May 1. "Mattias must wear a cast for about four weeks, afterwards he can start training again to build up the muscles," explains Audi team physician Dr. Christian John who provided medical care immediately after the accident. "We all hope that he recovers well and Mattias can line-up on the grid at Hockenheim."

"We wish Mattias all the best and a rapid recovery," says Head of Audi Motorsport Dr. Wolfgang Ullrich. "I’m convinced that he will do everything possible to be absolutely ready to go for Hockenheim. We’ll give all the support he requires in the process."
Posted by AmigosRacing/MRS GT. at 15:42