COLOGNE, Germany – Toyota Motorsport GmbH (TMG) is delighted to confirm that it will take part in several races of the 2012 FIA World Endurance Champi 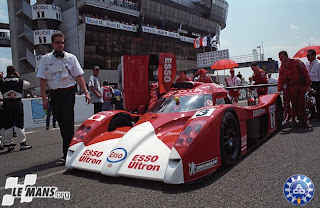 COLOGNE, Germany – Toyota Motorsport GmbH (TMG) is delighted to confirm that it will take part in several races of the 2012 FIA World Endurance Championship, including the Le Mans 24 Hours.

The entry will be based upon an LMP1 prototype chassis from TMG, and a petrol hybrid powertrain produced by Toyota Motor Corporation in Japan.

The exact scope of this participation and its official name will be confirmed in the coming weeks.

TMG’s high-performance technical centre in Cologne, Germany, where the LMP1 chassis has been designed, developed and produced, will be the base for the team.

The car is planned to take part in a roll-out around the turn of the year prior to an extensive test schedule in early 2012. Further details will be confirmed in due course.

Tadashi Yamashina, Toyota Motor Corporation Senior Managing Officer and TMG Chairman, said: “Toyota Motor Corporation has entered Le Mans before but by using our hybrid technology this time will be a completely new challenge. We want to write a new page in the history of the Le Mans 24 Hours, as well as in the FIA World Endurance Championship, through our use of hybrid technology. In addition, we aim to learn from the experience of competing in such a challenging motorsport environment to enhance our production car technology. Le Mans is a legendary race and I would like to thank the ACO and the FIA for their constructive and positive cooperation over the last few months.”

TMG’s award-winning engineering services, including all current motorsport projects, will continue unaffected by this announcement, which it is hoped will provide further impetus to its successful business development activities.

About Toyota Motorsport GmbH:
Toyota Motorsport GmbH (TMG) is an engineering services supplier based in Cologne, Germany since 1979 with extensive experience of World Rally, sportscar racing and Formula 1. With two state-of-the-art wind tunnels, unique R&D testing facilities and extensive production departments as well as impressive design and simulation capabilities, TMG is at the forefront of engineering services supply to the motorsport and automotive industries. In 2011, TMG was part of a Le Mans Series Manufacturers’ championship with Rebellion Racing and Lola, while it also set a new lap record for electric vehicles at the Nürburgring Nordschleife using a road-legal car with TMG electric powertrain.