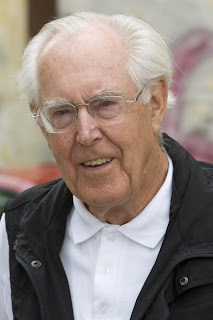 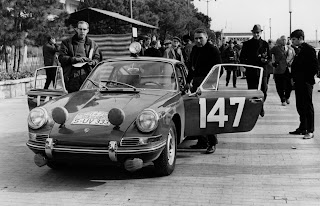 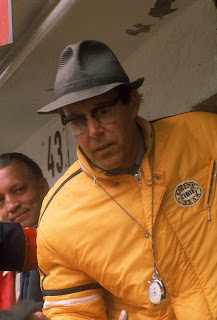 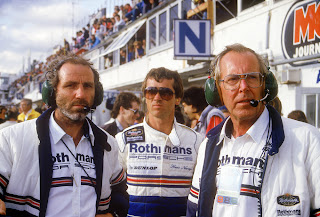 Stuttgart. Former Porsche engineer and race manager Peter Falk will be marking his 80th birthday on 27 November 2012. Peter Falk was a Porsche AG employee for more than three decades. Not only did he play a vital role in the development of many legendary sports and racing cars such as the Porsche 917, as racing director he was also primarily responsible for the greatest successes of the Porsche 956/962 in the Group C Sports Car category.

In 1959 Peter Falk began his career with Porsche as a young road testing engineer in the vehicle testing department. There he not only played a crucial role in the development of the original 911, he was also behind the wheel for the first race of the brand-new Porsche 911, taking a very respectable fifth overall at the 1965 Monte Carlo Rally with co-driver Herbert Linge. In the following years, many race car types from the 906 all the way to the 917 were designed under his responsibility as the head of pre-series and race car development with which Porsche established itself among the leaders in international motor racing.

From 1973 to 1981 Peter Falk was the head of road testing for series development of the 911, 924 and 928 models. His special areas of expertise were bodywork and transmissions as well as track testing and endurance tests. As the head of racing development and racing director, starting in 1982 Peter Falk was responsible for the highly successful era of Group C 956 and 962 sports-prototype racing cars. With seven overall Le Mans wins and eleven world championship titles, this racing car project proved to be the most successful in company history. Two overall victories at the Paris-Dakar Rally in 1984 and 1986 were additional high points in his career.

As the head of chassis development, from 1989 until his retirement in 1993 Peter Falk was responsible for many successful vehicle projects. He thus had a key role in the development of the 911 derivative 993 as well as advance development of the 911 derivative 996 and Porsche Boxster. Peter Falk also remained very active in the motoring world after his retirement. In addition to his work as a participant in and organiser of classic car rallies, Peter Falk is high in demand as an interview partner on automotive topics.