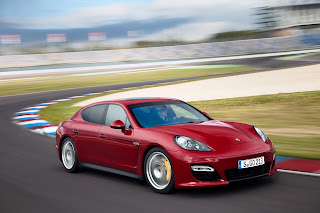 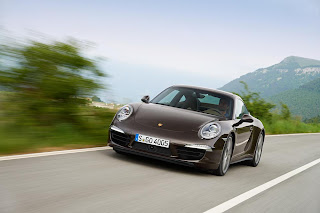 Stuttgart. The success story of the Porsche 911 Carrera goes on. Now, the readers of Auto Zeitung were also convinced. The innovative sports car was recognised as the best car in its class on the occasion of the 25th "Auto Trophy" award. This is the 19th time, making the Porsche 911 the most successful car in the history of the "Auto Trophy". Also high on the podium at this year's readers' choice of Auto Zeitung is the four-door Gran Turismo by Porsche AG. The Panamera came first in the luxury-car category. Three further second places in their respective classes for the Porsche 911 Cabriolet, the 911 Turbo, and the Cayenne round off this success story. Matthias Müller, President and CEO of Dr. Ing. h.c. F. Porsche AG, accepted the prize for the Porsche 911 Carrera in Düsseldorf, presented by Volker Koerdt, Chief Editor of Auto Zeitung. Wolfgang Hatz, Member of the Executive Board Research and Development, accepted the award for the Panamera.

Around 111,000 readers of Auto Zeitung in Germany took part in the vote. There was a total of 400 vehicles in 29 classes to choose from. The Porsche 911 Carrera won the sports car category by a wide margin to the closest competitors.