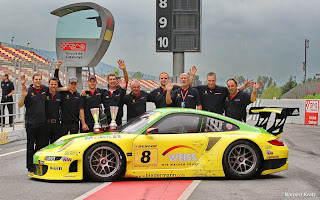 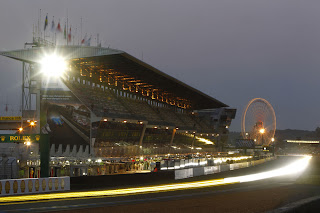 Stuttgart. For the 2013 racing season, Porsche AG will field two new GT racecars based on the newest generation of the Porsche 911 at the Le Mans 24 hour race and in the World Endurance Championship (WEC). For the first time since the overall victory in 1998, a factory team from Porsche will tackle the famed long distance classic in France.

The two new Porsche 911 RSR, which race in the GTE category, will be run by the Porsche AG Team Manthey. The role of team manager goes to the experienced endurance specialist Olaf Manthey, who has celebrated five overall wins with Porsche at the Nürburgring 24 hour race and recently fielded a 911 GT3 RSR in the International GT Open.

“The new 911 RSR is currently being developed by our engineers and tested by our works drivers,” says Porsche Head of Motorsport, Hartmut Kristen. “What better time could there be to introduce the new car than the Porsche 911’s 50th anniversary.”