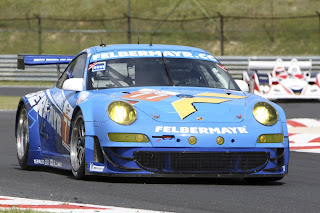 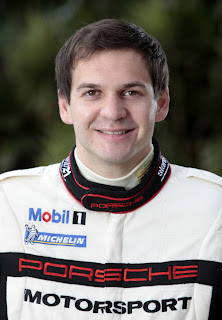 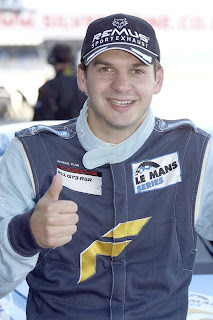 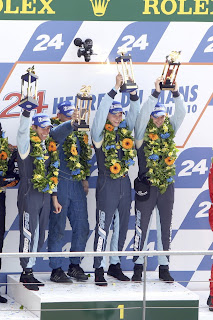 Richard Lietz is Motor Racing Driver of the Year in Austria

Stuttgart. Porsche works driver Richard Lietz (26, Austria) has been voted Motor Racing Driver of the Year by the commitee of the Austrian Motorsport Association (OSK). Lietz, together with his teammate Marc Lieb (Germany), won the title in the Le Mans Series and triumphed in the GT2 class in the Le Mans 24 hour race in a Porsche 911 GT3 RSR. In the new Intercontinental Le Mans Cup he won the team championship in conjunction with the team of Felbermayr-Proton. Lietz finished second overall in the Spa 24 hour race and was runner-up in the international GT Open racing series.

“I am delighted to receive this distinction, which marks another high point of my career“, Richard Lietz said. “I am very proud that, as a Porsche works driver, I am in a position to celebrate these great successes at the wheel of the world’s most successful GT racing car, the 911 GT3 RSR.“

The coveted trophy will be presented on 30th November at the awards ceremony for Austrian motor racing champions at the Technical Museum in Vienna. Richard Lietz follows in the footsteps of former Formula 1 driver Alexander Wurz who was voted Motor Racing Driver of the Year in 2009.