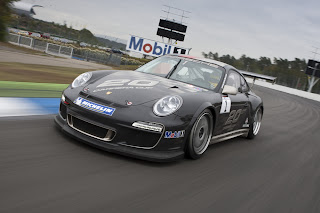 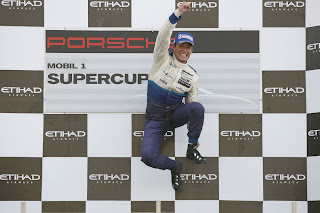 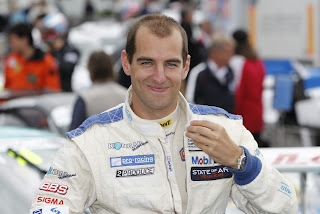 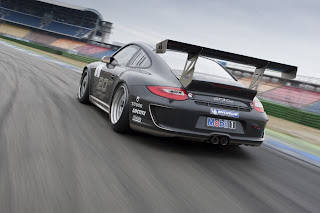 Stuttgart. The Porsche 911 GT3 Cup is the most-produced race car in history. To date, over 2,000 vehicles have been delivered to customers around the world. And now, the 450 hp GT racer from Weissach belongs to the official competition cars at the Race of Champions, where a number of the world’s most talented and famous racing celebrities from the most diverse disciplines come together in Dusseldorf on 27/28 November.

Joining the ranks of the world class starter field is Porsche pilot Jeroen Bleekemolen. The 29-year-old driver from the Netherlands won the GTC class of the American Le Mans Series this season at the wheel of a 911 GT3 Cup and knows the Cup-911 from many years of racing. In 2008 and 2009 he won the Porsche Mobil1 Supercup, the fastest international brand trophy series. In 2008 he clinched victory in the LMP2 class at the Le Mans 24 Hours with a Porsche RS Spyder.

In Dusseldorf, Bleekemolen is up against the likes of Formula 1 pilots Michael Schumacher and Sebastian Vettel as well as World Rally Champion Sébastien Loeb and World Touring Car Champion Andy Priaulx. “I’m proud to be part of the Race of Champions for the first time,” says Bleekemolen. “Obviously, I’m hoping to contest as many heats as possible with the Porsche 911 GT3 Cup – not one of the participating drivers knows the car like I do.”

The Porsche 911 GT3 Cup, based on the road-legal 911 GT3 RS sportscar, is powered by a 3.8-litre, six-cylinder boxer engine delivering 450 hp. The spectacular sounding race exhaust system features a fully controlled catalytic converter. The rear-engine concept and the wide track give the racing-911 excellent traction and razor-sharp handling. Pilots operate the sequential six-speed gearbox manually. Power from the high-revving engine (max. 8,500 rpm) is distributed to the wide rear wheels via a mechanical differential.

“I’m very pleased that the racing elite from all over the globe will be seen driving the world’s most produced race car, the Porsche 911 GT3 Cup,” says Hartmut Kristen, Head of Motorsport at Porsche. “I’m sure that fans and drivers alike will have just as much pleasure in the spectacular sound and the superb handling of this vehicle.”

This marks the return of the Race of Champions to Germany since its first meet here in 1989. The event will be broadcast by the German national TV, ZDF. “Aktuelle Sportstudio” provides coverage on Saturday, with “Sportreportage” broadcasting the spectacular action from Dusseldorf’s Esprit Arena on Sunday.
Info and fotos/Porsche Motorsport/Autorized Press.
Posted by AmigosRacing/MRS GT. at 10:35