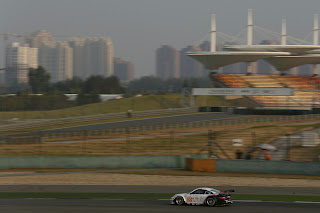 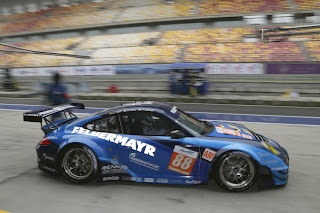 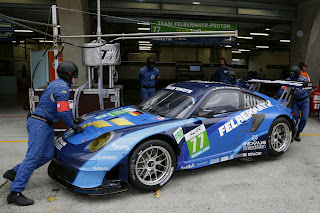 World Endurance Championship, round 8 in Shanghai/China

Stuttgart. In the qualifying for the season final of the World Endurance Championship (WEC) on the Shanghai International Circuit, Porsche teams put in a convincingly strong performance. In the GTE Pro class, Porsche works driver Richard Lietz (Austria) planted Felbermayr-Proton’s 911 GT3 RSR on the second grid spot. For Sunday’s race, he shares driving duties with his works driver colleague Marc Lieb (Germany), with whom he won the WEC round in Fuji/Japan two weeks ago. Pole position in the GTE Am category went to Paolo Ruberti (Italy) in last year’s 911 fielded by Felbermayr-Proton. His teammates in China are Christian Ried (Germany) and Gianluca Roda (Italy).

“That was the most we could achieve today,” said Richard Lietz. “The balance of our car was good. Early on we had a little oversteer, but it got better with each lap. This makes me confident for the race. I think we have a good chance over the distance.” Paolo Ruberti commented, “It’s always good to start from pole position. At a six hour race it’s not decisive, but it shows us that we have a good car. With Felbermayr-Proton we still have an outside chance of winning the team trophy. And we want to use this chance.”

The six hour race starts on Sunday, 28 October, at 11.00 hours local time (04.00 CET). The race can be seen live on the internet under www.fiawec.com. Eurosport broadcasts highlights on 30 October at midnight.