Audi wins “race before the race” 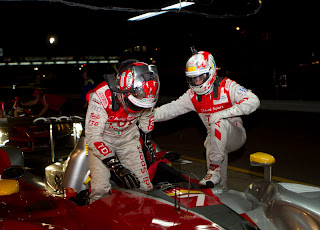 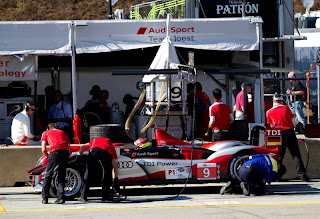 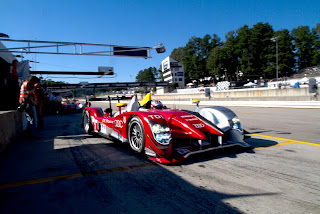 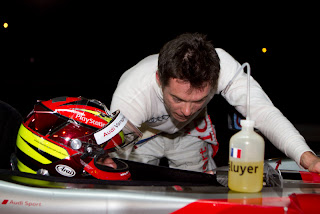 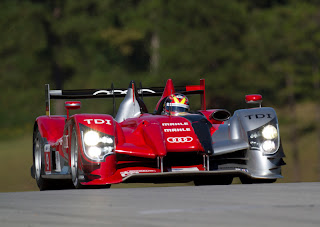 Just before the end of the last free practice session on Friday morning Dindo Capello had slipped off the track in turn 3. The front end of the Audi R15 TDI got stuck on a bump in the rough field and was pushed under the car in such an unfortunate way that the left-hand side of the monocoque was damaged. For safety reasons Audi Sport Team Joest decided to change the monocoque. In less than four and a half hours the car was completely dismantled and prepared again. A few minutes before the qualifying session started Dindo Capello drove the R15 TDI into the pits accompanied by a round of resounding applause.

Capello subsequently thanked the mechanics by clinching grid position four in the field of 45 vehicles - less than one second behind the Peugeot of the quickest in qualifying, Anthony Davidson.

Impressive as well was the performance of Benoît Treluyer, who contestedthe first qualifying event in his career at the wheel of a sports prototype and missed the front row on a track which is new to him by just two tenths of a second to finish in third place.

This means that on Saturday at 11 a.m. local time (5 p.m. in Germany) both Audi R15 TDI cars fielded by Audi Sport Team Joest will start to the race at Road Atlanta covering 1000 miles or a maximum of ten hours from the second row of the grid. Audi has won the event nine times in the past ten years - most recently in 2008 when Allan McNish after an accident just before the start of the race had to make a late start from the pit lane with a two-lap gap and still won in the end together with Dindo Capello.

Dr. Wolfgang Ullrich (Head of Audi Motorsport): "This was a very strong team performance. After the accident in free practice this morning it didn’t look like we’d be going into qualifying with two cars. But the team did an incredibly good job of working together. It concentrated on properly preparing the car again for the race. That they even managed to get the car ready for qualifying is an exceptional feat for which the squad deserves a round of resounding applause. We’re on positions three and four of the grid with a little less than a half-second gap. With such small gaps you can go into a 10-hour race and try to convert it into a victory."

Marcel Fässler (Audi R15 TDI #9): "We tried a large number of different set-up versions. At the moment it looks like we found the right direction. ‘Ben’ drove a great qualifying, his time was good. He was also very pleased with the car. That makes me feel confident for the race tomorrow."

André Lotterer (Audi R15 TDI #9): "‘Ben’ did a good job by taking third place in qualifying. We know that Peugeot is a little faster than we are. But our starting base for the race is good. Another good thing is the fact that we’ve continued to improve the car. If we keep working a little more in this direction we should have a good car for the race."

Benoît Treluyer (Audi R15 TDI #9): "I drove a qualifying in a prototype for the first time. I enjoyed it, it was fun. We notably improved the car between this morning and this afternoon. The car was good to drive in qualifying and more stable at the rear than it had been in the previous sessions. I was able to attack and came close to the times posted by the Peugeots. I’m pleased."

Dindo Capello (Audi R15 TDI #7): "I’ve got to really congratulate the crew: to prepare such a heavily damaged car again in such a short time is really exceptional. It shows yet again why we’ve won so many races and championships with this team. These guys are simply great. Of course the car didn’t have optimal balance in qualifying and was difficult to drive. The lap time I was able to drive under these conditions makes me optimistic for tomorrow. Now we need to correct a few minor things, put the car on the measurement platform and then we should be able to attack tomorrow."

Tom Kristensen (Audi R15 TDI #7): "It’s great to be back again in the United States and at Road Atlanta. In 2002 I won the championship and the race here with Audi Sport Team Joest. It was a very action-packed week. We’ve got to thank the mechanics who did a fantastic job. If you’ve had a damaged chassis just a few hours before, grid position four isn’t so bad. The race will be hard and long on this short track with such a large number of cars. 90 percent of the corners are blind ones. This race is always prone to be exciting. We drivers and the guys in the pit lane have to be fully concentrated all the time. Audi’s aim is always the same: we want to try and win."

Allan McNish (Audi R15 TDI #7): "This circuit is fast and flowing, tight and twisty. It punishes any type of problem. We learned that in the past now and then and Audi Sport mastered the situation every time and afterwards showed great races. The mechanics had a lot of work to to to prepare the car for qualifying. The ‘sister car’ suggested that we’re a bit closer than previous sessions proved. I’m pretty sure that we’ll be in the middle of the fight tomorrow."

Ralf Jüttner (Technical Director Audi Sport Team Joest): "Actually, there’s not much I’d like to say about the qualifying itself - just that ‘Ben’ and ‘Dindo,’ too, did a great job of driving. But the biggest compliment goes to the squads of both cars who worked together tremendously well. We’d already mentally kissed the qualifying for car number ‘7’ goodbye. That the guys managed this feat shows yet again what kind of a great team we’ve got. The car is running. Obviously, it wasn’t completely perfect yet in qualifying, but it wasn’t all that bad either because ‘Dindo’ was just half a second slower than ‘Ben.’ We’ll try and sort that for tomorrow. The fact that the Peugeots are in front didn’t come as a total surprise. The gap is about in the range we’d been calculating. I’m pretty optimistic for the race."