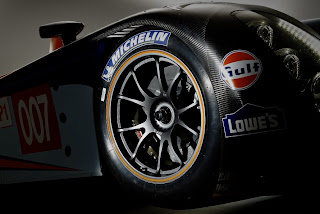 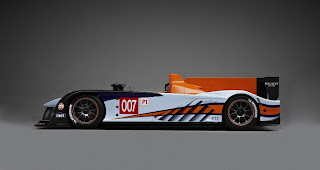 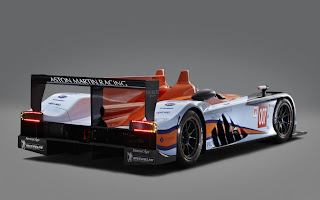 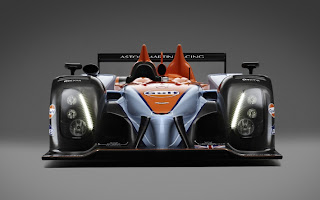 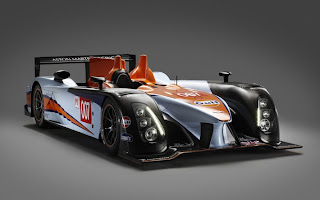 Aston Martin Racing announces today its plans for the new season including the unveiling of a new ground-up developed LMP1 race car, the AMR-One, as well as confirming the driver line-up and planned race programme.

Based on the new regulations for 2011 instigated by the Le Mans governing body; the ACO, Aston Martin Racing has chosen to change tack this year in designing an open cockpit car. In line with the new 2011 rules, the AMR-One features the new blade-fin and has a significantly down-sized engine in keeping with the championship’s efficiency focused regulations. Power is fed to the rear wheels via a six-speed transverse semi automatic pneumatic shift, Xtrac racing gearbox.

A total of six AMR-Ones will be built, with the factory team running one car in the Intercontinental Le Mans Cup (ILMC) which includes the famous 24 Hours of Le Mans and two cars at selected events. The AMR-One is linked to Aston Martin’s ultimate design and engineering showcase; the road going One-77; both of which share similar philosophies featuring carbon fibre monocoques. Aston Martin’s in-house design team worked closely with the engineers at Aston Martin Racing to find the optimum balance between aesthetics and aerodynamics.

Aston Martin Chief Executive, Dr. Ulrich Bez said: “Aston Martin’s heritage is deeply rooted in endurance sports car racing, so in 2011, we take the next step demonstrating that a small team using advanced design and engineering intelligence will be agile and competitive.”

The driver line up for 2011 will consist of Darren Turner (GB) Stefan Mücke (D) and another driver yet to be announced, who will join the team piloting the 007 car. Adrian Fernandez (MX), Andy Meyrick (GB) and Harold Primat (CH) will be teaming up to drive the 009 car.

Aston Martin Racing Chairman, David Richards said: “George and the team have been extremely busy over the winter months and they have been working day and night to produce what is not only a stunningly beautiful race car but one which will use the new ACO regulations to best effect. “Just like the road cars, the AMR-One has been elegantly engineered where simplicity runs throughout to produce what we expect to be a competitive and reliable endurance racer.”

Team Principal George Howard-Chappell said: “We have chosen to run with a six cylinder turbocharged engine because we believe this offers the best potential within the petrol engine regulations. With the ACO’s commitment to effectively balance the performance of petrol and diesel Le Mans entrants – our hopes are high that we’ll see the closest racing yet in the premiere LMP1 category.

Subject to initial testing, it is hoped that a single AMR-One will make its race debut at the 59th Mobil 1 Twelve Hours of Sebring on 16-19 March 2011. It is expected that Aston Martin Racing will contend the full Intercontinental Le Mans Cup with its seven rounds in the United States (Sebring and Petit Le Mans), Belgium (Spa), France (Le Mans), Italy (Imola), England (Silverstone) and China (TBC).
The AMR-One is expected to test for the first time in early March.

Aerodynamics - to current LMP1 regulations developed via CFD in conjunction with Totalsim, including latest regulation fin.