The world’s greatest Porsche race on the Nürburgring Nordschleife 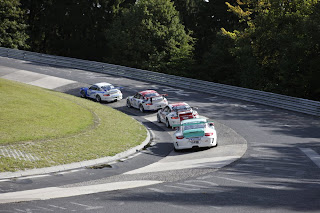 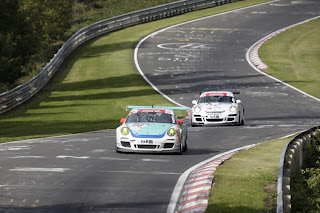 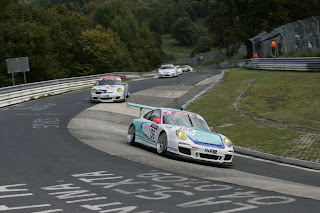 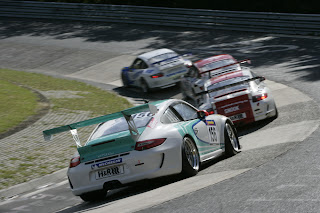 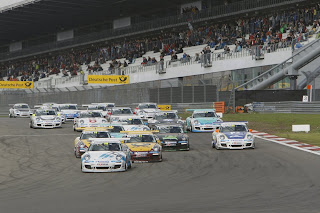 The world’s greatest Porsche race on the Nürburgring Nordschleife

Stuttgart. It will be one of the most spectacular sprint races ever: At the Porsche Carrera World Cup on 25 June, 2011, up to 200 Porsche 911 GT3 Cup racers will line up on the Nürburgring Nordschleife watched by more than 200,000 spectators. The world’s greatest Porsche race takes place just prior to the start of the 39th ADAC 24 hour race and runs over a distance of six laps (152,268 km). The Porsche Carrera World Cup forms the season highlight of Porsche’s 18 brand trophy series worldwide. This race counts as a competition round towards several championships, including the Porsche Carrera Cups in Germany, Scandinavia, France and Italy.

The field will be divided into two classes: The Porsche 911 GT3 Cup with 3.6-litre engines from 2007 to 2009 model years (400 to 420 hp) as well as the 3.8-litre versions of the 2010 and 2011 model years (450 hp). Each class is classified separately. All competitors must provide proof of their considerable track experience. For all Nordschleife rookies, an intensive two-day training course will take place in the week leading up to the event with former Porsche works driver Sascha Maassen as the head instructor.

“Since its market launch in 1998 we have built over 2,000 units of the Porsche 911 GT3 Cup car for competition in our 18 Porsche one-make championships around the world,” explains Porsche’s head of motorsport, Hartmut Kristen. “With the Porsche Carrera World Cup on the northern loop of the Nürburgring, we aim to offer yet another highlight to our brand trophy customers all over the globe. Racing in the Nürburgring Long Distance Championship, the Porsche 911 GT3 Cup never fails to underline its excellent aptitude for the world’s longest and most difficult races. I’m sure that this race will be an unforgettable experience for all pilots and spectators at the track.”

Over the last years, the success story of Porsche Motorsport has been closely tied to the Nürburgring. From 2006 to 2009, the Porsche team, Manthey Racing, won the 24 hour race on the Nordschleife four times in a row. In May this year, the innovative Porsche 911 GT3 R Hybrid held the overall lead for more than eight hours at Germany’s most popular automobile race. From the ten races on the VLN Nürburgring Long Distance Championship calendar this year, a Porsche 911 won nine times.

Info and Fotos Porsche Motorsport/Autorized and Acreditation Press.
Posted by AmigosRacing/MRS GT. at 20:16