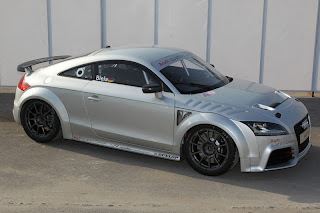 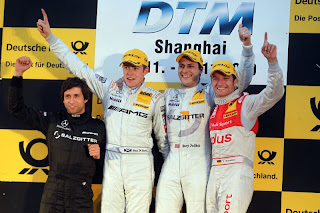 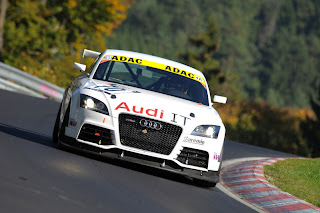 DTM: Timo Scheider clinched a podium result for Audi at the DTM’s world final in Shanghai (China). After a serious accident in qualifying the Audi A4 DTM of the two-time DTM Champions had to be repaired from scratch overnight. In the race that was shortened from 60 to 49 laps Scheider advanced from grid position four to third place. An early stopping of the race destroyed his chance to also overtake the new DTM Champion Paul Di Resta. Martin Tomczyk and Miguel Molina shone with overtaking maneuvers in places four and five. Markus Winkelhock in seventh place scored points for the second consecutive time.

GT4: On the occasion of the DTM race in Shanghai Audi presented the concept of a GT4 vehicle based on the Audi TT. The TT developed by the Technical Development and Production divisions plus quattro GmbH is intended to extend Audi’s new modular customer sport program from 2012 forward and to offer potential customers a base option for affordable motorsport at a price of about 120,000 euros.

ROC: Filipe Albuquerque, who contested the Italian GT Championship this year for Audi Sport Italia in an Audi R8 LMS, surprisingly won the Race of Champions in Düsseldorf. At the finale, the 25-year-old Portuguese defeated World Rally Champion Sébastien Loeb, who had previously eliminated Le Mans record winner Tom Kristensen. In the competition of the world’s best race and rally drivers the Audi R8 LMS was fielded as well this year, for the first time. At the wheel of the GT3 sports car Albuquerque defeated Formula 1 World Champion Sebastian Vettel as he was heading toward overall victory in Düsseldorf.

Double podium success "down under"

GT3: 64 victories and seven champion’s titles have been clinched by the Audi R8 LMS in its first two years of being fielded - interest in Audi’s GT3 sports car is accordingly high. At the Essen Motor Show (November 27 to December 5) Audi Sport will provide information on the Audi R8 LMS to potential customers at the Bilstein booth in hall 3.0.

Clubsport: The Audi IT department and Brandl Motorsport GmbH, Walldürn (Germany), have jointly launched the new "Audi IT - Fascination Motorsport" project. By fielding a production-based Audi TT RS in races on the Nürburgring-Norschleife the Audi IT team, consisting of members of Audi departments and Audi IT plus strategic partners, aims to strengthen the cooperation with external partners in the IT environment across departmental and external boundaries. In case of questions about the project please contact the colleagues by e-mail at audi-it@audi.de.