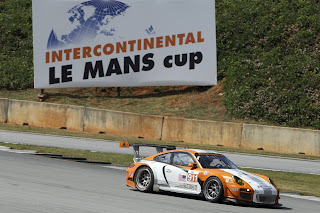 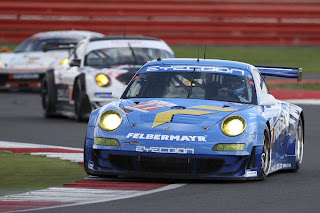 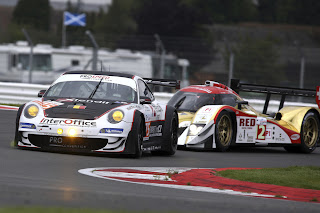 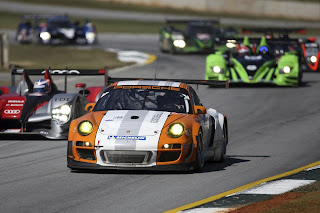 Stuttgart. Last exit Zhuhai: With the race premiere of the innovative Porsche 911 GT3 R Hybrid in China, Porsche sets another highlight to conclude a successful year of motorsport. At the 1,000 kilometre race in Zhuhai on 7 November, Porsche works drivers Joerg Bergmeister (Germany) and Patrick Long (USA) take the wheel of the ground-breaking sports car from Weissach, which features two electric motors at the front axle each developing 60 kilowatts to supplement the 480 horsepower combustion engine.

The first outing of the 911 GT3 R Hybrid in China is awaited with much anticipation. Porsche uses the final race of the newly created Intercontinental Le Mans Cup season to showcase its prototype, which perfectly embodies the philosophy of “Porsche Intelligent Performance’, to the important market of China. At its first race, Porsche Motorsport’s ‘rolling test laboratory’ caused a sensation by almost winning the Nürburgring 24 hour race. The Hybrid-911 led the overall classification until shortly before the flag. At its race debut in the United States of America, the #911 vehicle thrilled not only the fans at the 1,000 mile classic at Road Atlanta with its strong performance. Environmental politicians, who had come from Washington D.C. especially, were obviously impressed, stating that Porsche was forging the way of the future in motorsport with this vehicle.

For Joerg Bergmeister and Patrick Long, who clinched the GT class title of the American Le Mans Series this season with the Porsche 911 GT3 RSR for the second time in a row, the race in China marks an exciting conclusion to the year. “Having the chance to contest my first race in Asia with the 911 GT3 R Hybrid is something quite special,” says Joerg Bergmeister, who has already manned the Hybrid racer on the Nürburgring. “For me, this project was great fun right from the start. It is a completely new technology for which there is no basis. So, as a driver, you can also contribute a great deal more than would normally be the case. And, of course, better still is when you see how everything runs so smoothly.” Patrick Long is also looking forward to the race: “It’s a great experience to be able to work on a project that writes history. Many only dream of such a thing, but for me this dream comes true.”

On the 4.319 kilometre Zhuhai International Circuit, which was completed in 1996 as China’s first permanent race track, the 911 GT3 R Hybrid competes in the GT Experimental class and hence is not eligible to earn points. Its innovative hybrid system was developed specifically for use in the race car, differing significantly in its configuration and components from conventional hybrid systems. An electric front-wheel-drive with two electric motors supplements the four-litre flat-six at the rear. Under braking, the 911 GT3 R Hybrid converts kinetic energy into electrical energy and stores it in a flywheel. During acceleration, this energy is automatically delivered to the front wheels, supporting the combustion engine. This leads to a reduction in fuel consumption and increases the cruising range on the circuit. Moreover, drivers can manually utilise the stored energy with a boost-paddle on the steering wheel for overtaking. Performance on call.

This is the Intercontinental Le Mans Cup

The newly inaugurated Intercontinental Le Mans Cup (ILMC) is open for sports prototypes and GT vehicles, with the regulations based on the rules of the Le Mans 24 Hours. Three long distance races are on the ILMC calendar this season: the 1,000 kilometres of Silverstone (Le Mans Series), the Petit Le Mans in Road Atlanta (American Le Mans Series) and the 1,000 kilometre race in Zhuhai/China.

All race cars start together but are classified separately. Points for manufacturers and teams are allocated for placings in each class.