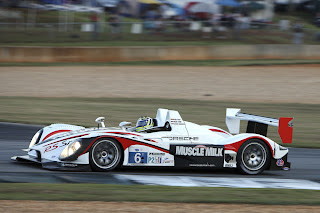 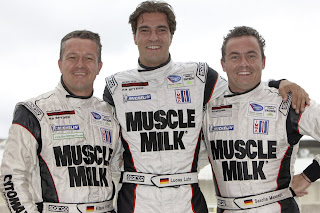 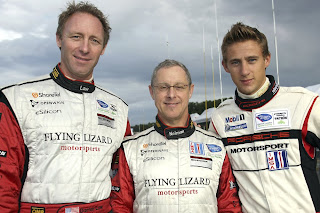 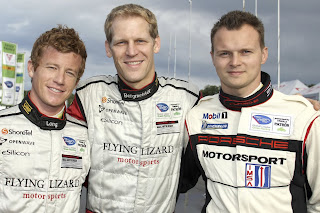 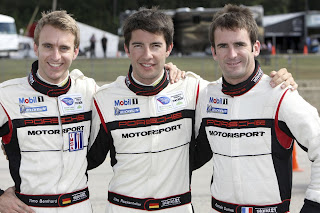 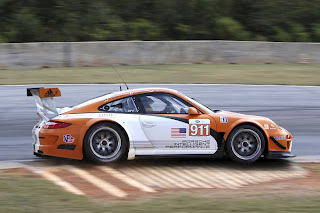 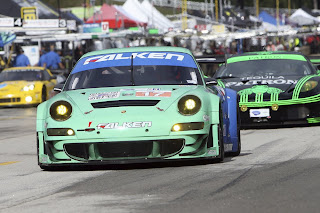 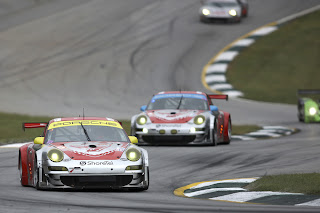 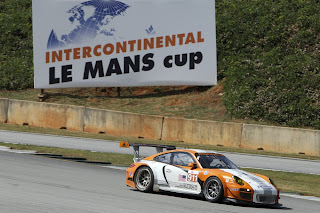 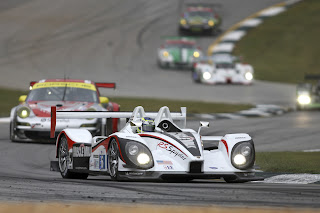 Stuttgart. At the wheel of the Porsche RS Spyder, Klaus Graf (Germany) again underlined his strong performance in the LMP class of the American Le Mans Series this season during qualifying for the 1,000 kilometre classic at Road Atlanta. On the challenging circuit in the US state of Georgia, he achieved the second quickest time with the successful Weissach racer run by Muscle Milk Team Cytosport. Only 0.131 seconds separated Graf from the pole.

“In the midday heat the track changed somewhat and because of this we experienced a few problems,” he said. “The qualifying session was very tight and gave us a small taste of what we’ll be facing in the final. Still, we used the time very well during our testing days here on this difficult circuit and we’ve found an excellent set-up for the race. That’s what really counts.” Graf shares the cockpit of the RS Spyder with his German compatriots Sascha Maassen and Lucas Luhr, who clinched the title for Porsche in 2006.

In the GT2 class, Porsche works driver Patrick Long (USA) posted the eighth quickest time with the Porsche 911 GT3 RSR fielded by Flying Lizard Motorsports. With his factory pilot teammate Joerg Bergmeister (Germany), he takes up the race on Saturday as the title favourite with a comfortable points’ advantage. Supporting the reigning champion in his bid for the title is another Porsche works driver, Marc Lieb (Germany), the newly-crowned winner of the Le Mans Series (GT2 class).

“Eighth on the grid is obviously not the result we had expected after our great practice times,” said Patrick Long. “Still, that doesn’t change our strategy for the race. We’ll try to keep our title rivals under pressure while treating our car with care. And of course, we can’t afford to make any mistakes.”

Bryan Sellers (USA) planted the Porsche 911 GT3 RSR fielded by the Falken Tire squad on the eleventh grid spot. Sellers shares driving duties with former Porsche-Junior Martin Ragginger (Austria). America’s Seth Neiman had to settle for 14th in qualifying with the second 911 GT3 RSR of Flying Lizard Motorsports. He teams up with his compatriot Darren Law as well as Porsche-Junior Marco Holzer (Germany).

In the GTC class, points’ leader Jeroen Bleekemolen (Netherlands) posted the fastest time with the Porsche 911 GT3 Cup. The double Porsche Supercup champion contests the final round with his brother Sebastiaan and Tim Pappas from the USA.

The innovative Porsche 911 GT3 R Hybrid, manned by Le Mans winners Timo Bernhard (Germany), Romain Dumas (France) and Mike Rockenfeller (Germany), races for the first time in the USA but is not eligible to earn points. For this reason, the vehicle did not take part in the qualifying.

Info and Fotos Porsche Motorsport STuttgart/Autorized and AcreditatedPress.
Posted by AmigosRacing/MRS GT. at 00:42