Special exhibition at the Porsche Museum 40 Years of Porsche Design 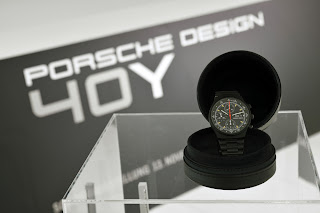 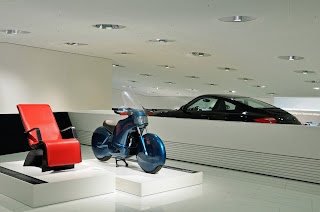 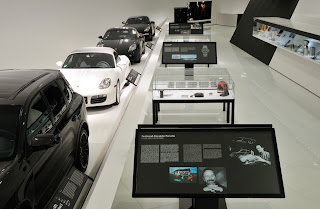 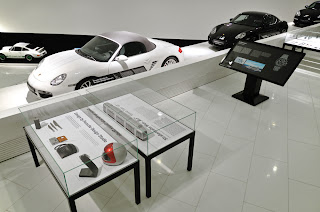 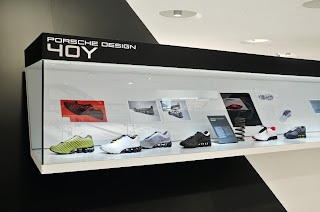 Special exhibition at the Porsche Museum

Stuttgart. The world’s first black timepiece, the legendary exclusive spectacles and the Porsche 911 – for decades, all these products have stood for a unique design by Ferdinand Alexander Porsche: In 1972 he founded the “Porsche Design Studio” in Stuttgart, the head office of which was relocated to Zell am See in Austria in 1974. Starting today, the Porsche Museum is marking the company’s 40th anniversary with a special exhibition: from 13 November 2012 to 17 February 2013, visitors can experience the most important, most interesting and most extraordinary products as well as how Porsche Design came to exist.

The focus of the anniversary exhibition is on the “Porsche Design” brand, which in recent years has been developed into one of the world’s leading luxury brands with its own sales network. F.A. Porsche designed numerous classic men’s accessories such as watches, spectacles and writing implements, which achieved worldwide recognition under the “Porsche Design” brand. In parallel, with his team, he designed a plethora of industrial products, household appliances and consumer durables for internationally renowned clients under the “Design by F.A. Porsche” brand. Ferdinand Alexander Porsche won numerous honours and awards for his work as a designer.

For example, the “Chronograph I”, a milestone in the watchmaker’s craft, is a compulsory exhibition piece. The world’s first black timepiece, and at the same time luxury brand Porsche Design’s first product, created a furore in 1972 because the automatic chronograph – considered unthinkable at the time – was designed in matt black throughout and provocatively unadorned. With this chronometer, F.A. Porsche was anticipating a trend that is part and parcel of today’s watch industry and even then was considered to be revolutionary. In addition to the chronograph, the visitor will also be presented with other products from the accessories and spectacles range. For example the Porsche Design P’8478 exclusive spectacles will be on display, already purchased by more than 7 million wearers. Writing implements and pipes will also feature in the exhibition.

A highlight of the special exhibition is the grand piano, which the Porsche Design Studio designed for the Bösendorfer piano factory in 2003. This grand piano symbolises the studio’s design output, characterised by a clear, functional design language, meticulous choice of materials and top quality workmanship. The adjustable “Antropovarius” lounge chair developed by the Porsche Design Studio in 1982 in collaboration with the Institute of Ergonomics of the University of Munich will also be on display as will the “Alternative Motorcycle Concept”, AMK, devised in 1980 as an alternative solution to the car and to conventional motorcycles.

In addition to a selection of special design developments, the visitor will also gain an insight into the everyday creative life of Porsche Design’s employees. This is where those who are interested will discover not just the individual steps in creating the product – from conceiving the idea through to design – but also the sources of inspiration. For example, in the case of the pipe, it is explained that when it came to the cooling ribs, F.A. Porsche took his lead from air-cooled single cylinder motorcycle engines. The Porsche museum also looks back at the life’s work and man that was F.A. Porsche, who created legendary cars such as the 904 Carrera GTS and Porsche 911. In the process the visitor will find out things such as why in 1974 F.A. Porsche decided to locate the Design Studio in Zell am See.

The Porsche Museum is using the anniversary exhibition as an opportunity to extend its tour programme. At 3 p.m. on Wednesdays and Sundays, the visitor has the opportunity to experience the special exhibition in the course of a one hour themed tour at a price of four euro per person. The Store at the Porsche Centre in Stuttgart Zuffenhausen also offers a ten per cent discount on Porsche Design products upon presentation of the museum entrance ticket.

The volume “Porsche Design 40Y – The Book” is also being published in time for the anniversary, available in both German and English for 98 euro in the Porsche Museum shop as well as in book stores. In the course of more than 570 pages, the reader is acquainted with an insight into the history of Porsche Design.

The Porsche Museum is open Tuesday to Sunday from 9 a.m. to 6 p.m. Admission is eight euro for adults and four euro for concessions. Further information is available on the Internet at www.porsche.com/museum.