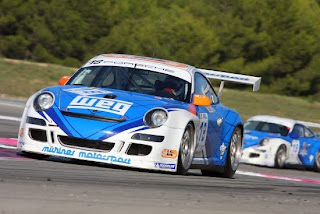 1- We can offer you a seat in a TOP and Profecional Team to race at the best Endurance Championship of the world VLN-Nurburgring Nordschleife.
10 races of 4 hour each race and the Magnificient 24 Hour of Nurburgring.
I have several cars that we can make your dream come true.
A- Honda S2000 SP3 Class
B- Porsche 997 CUP S SP9 Class
C- Porsche Cayman Sp7 Class
D- Opel Astra Sp2 Class

In all this races with profecional coaching and TOP Teams.
Contact us, the great way to be at podium!!!!
Posted by AmigosRacing/MRS GT. at 23:46